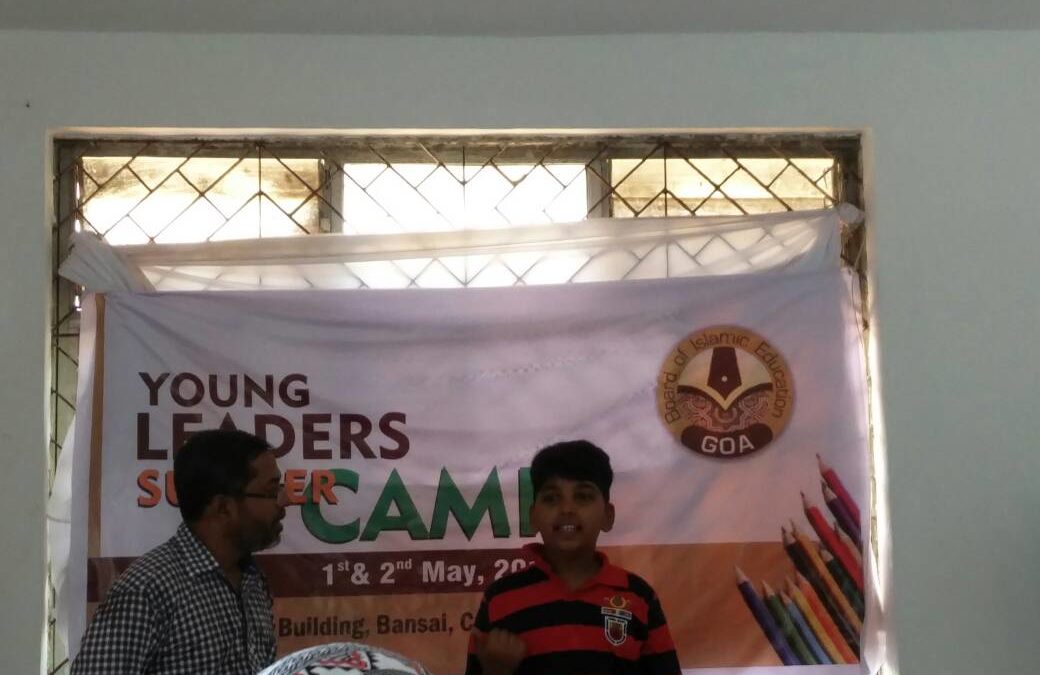 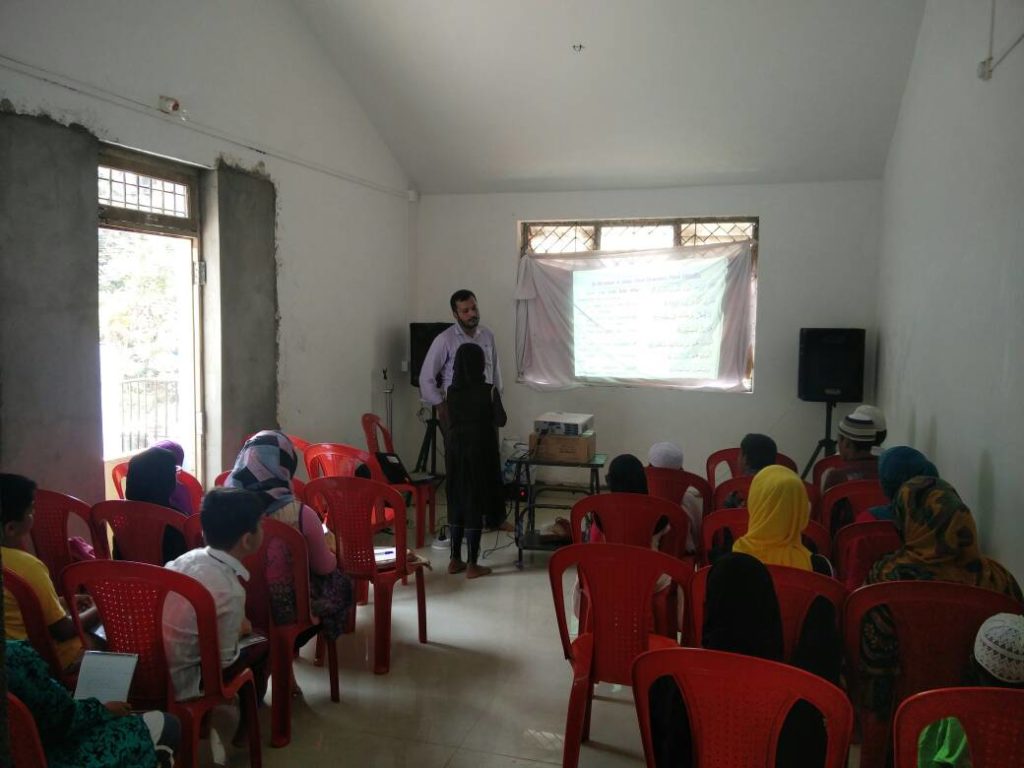 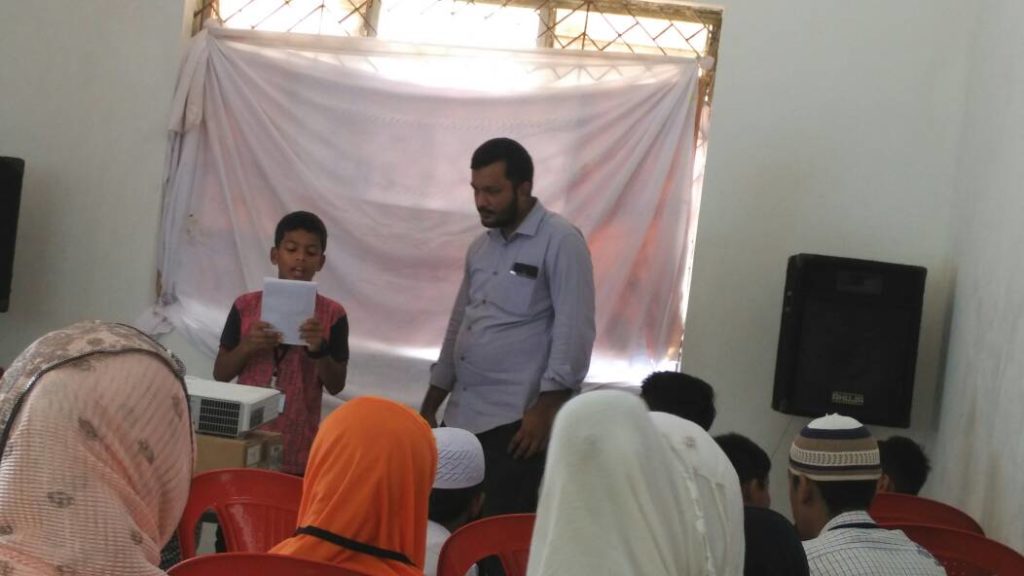 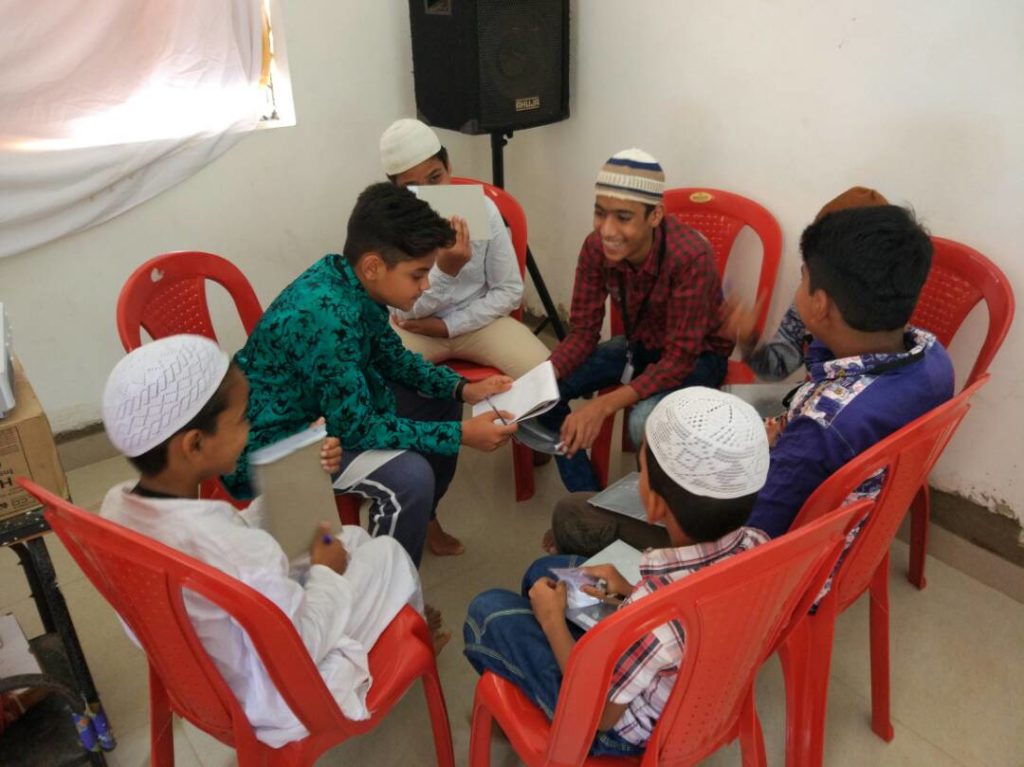 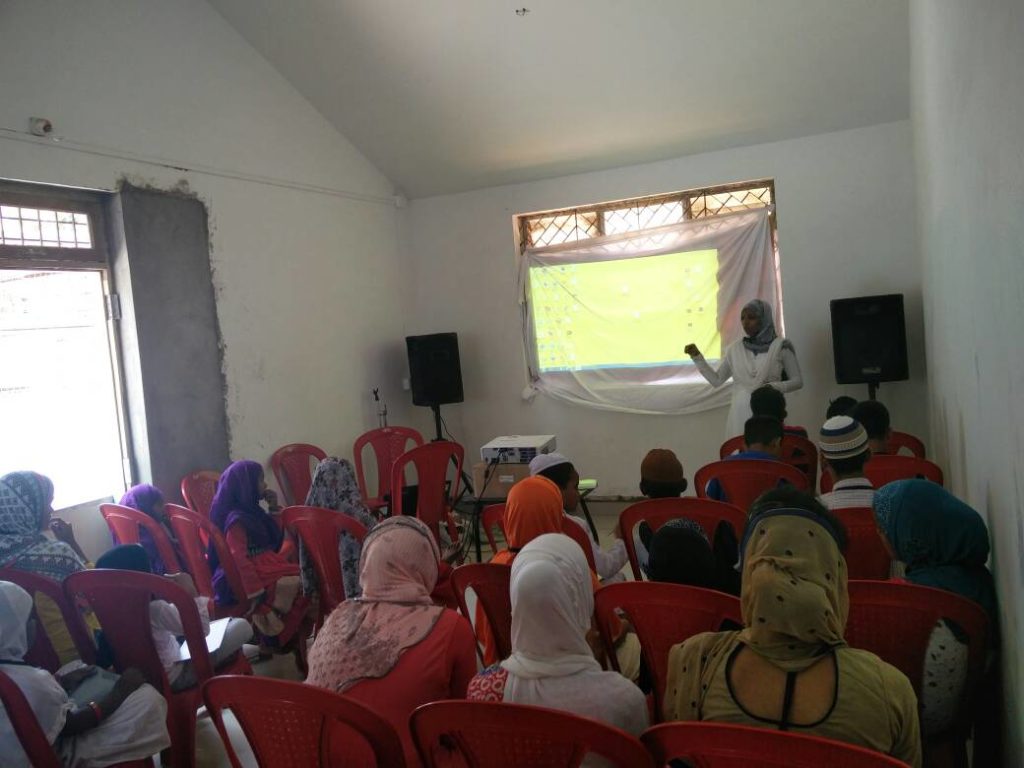 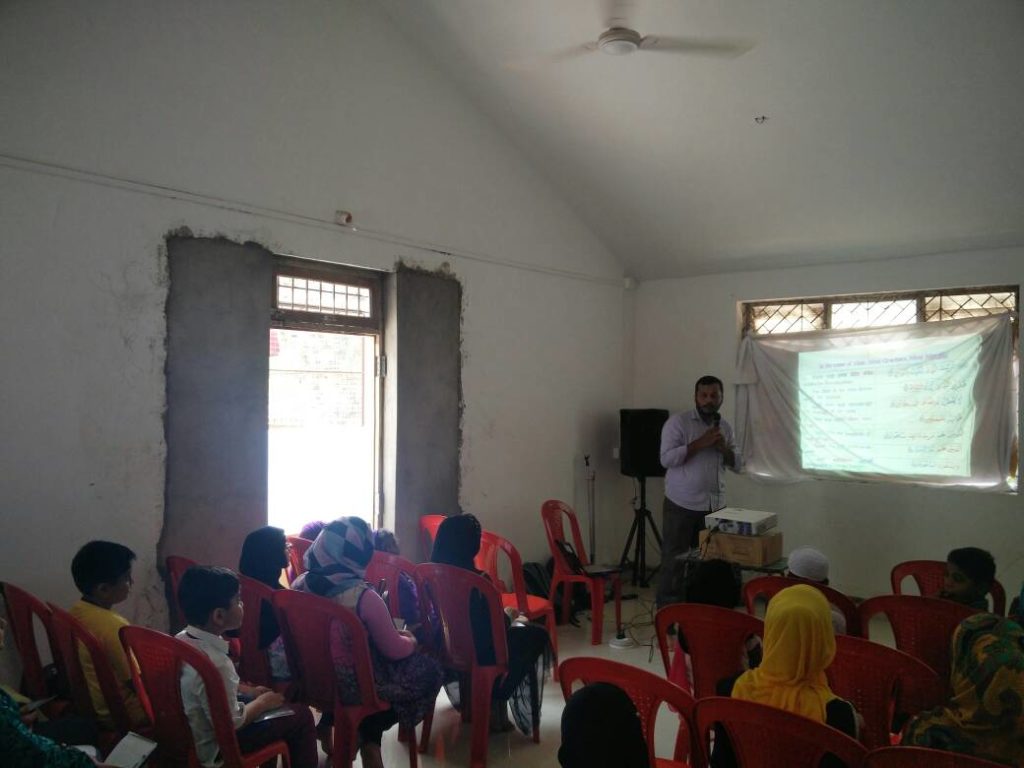 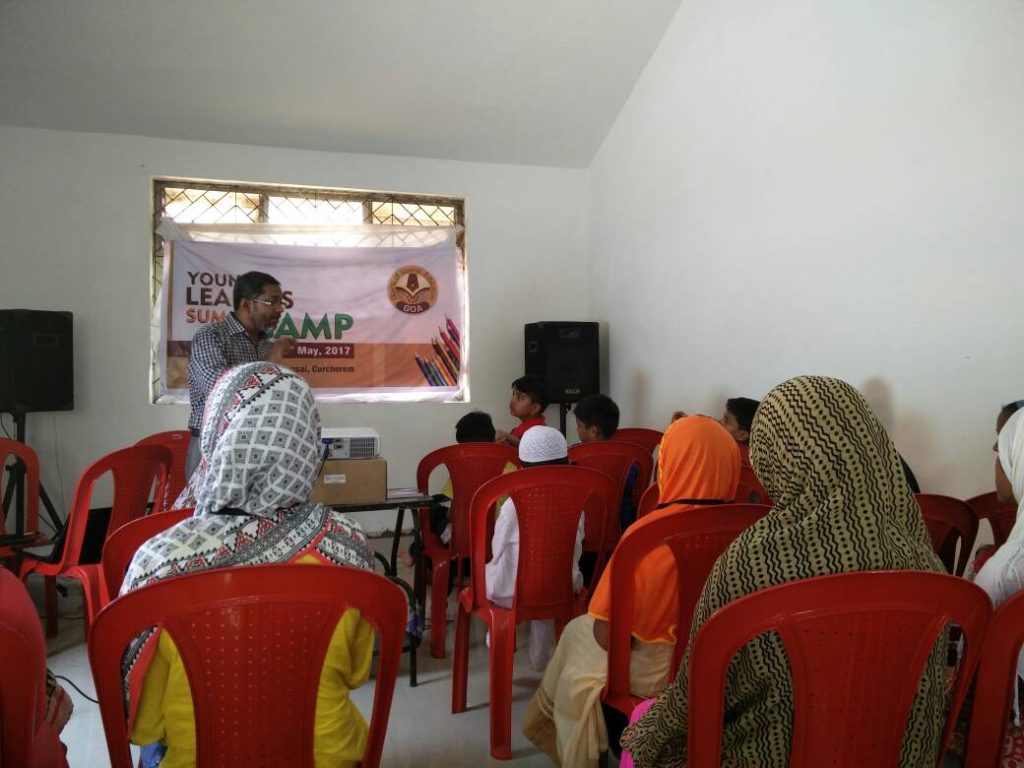 Board of Islamic Education organised a 2- day summer camp for children of age 10-15 on 1&2 may 2017. The camp was held at K. M SHARIFF BUILDING Bansai Curchorem. The theme of the camp was ‘YOUNG LEADERS SUMMER CAMP’.
Programme began with darse quran on surah al asr by Ayesha Abdul Salam.She used a P. P. T and interacted with the students on the main theme of the chapter.
Inaugural address by Meenaz Bhanu, -camp in charge emphasised using time and energy in right course during vacations and how this camp will be helpful in gaining knowledge of this world and hereafter and help to learn about Islam, its etiquette in simple and friendly manner. There were many children and the morning session started with a group discussion on the topic ‘MY DEAR ISLAM’and’ LEARNING TO LIVE TOGETHER’ Children were divided into groups and each group had sub topics and a group leader. There was pick and speak . Topics like namaz, Ramadan, zakath, hajj, fitra , sehri etc were given. later there were deliberation sessions in which videos on the topic of gadgets, education and honouring parents were screened. Mrs Zeba Tabrez impressed upon the children the negative impact of getting addicted to gadgets.. Tarana sessions were conducted by Mrs Meenaz Bhanu and the Children sang Islamic songs and poems..
On the second day more children joined the camp There was darse quran on surah Maaun with P. P. T and the speaker interacted with students. Then a short movie tittle ed ‘Boond Boond zindagi’ was screened. Parents were invited to the afternoon session.. A video of weekend islamiyath classes conducted by the BOARD OF ISLAMIC EDUCATION GOA was shown. A detailed video about the work and journey of B. I. E, it’s aim and objectives, it’s need and purpose, centres, teachers subjects etc.. B. I. E secretary Anees Muhammad spoke about the classes and appealed parents toenroll their children.
Prize distribution was held followed by feedback from both the children and parents.. They expressed happiness and gratitude.. There was book exhibition for the parents
By the grace of Allah {s.w. t } camp was a success and generated positive feedback.. It ended with the concluding by Jb Asif Hussain who asked the children to use their time effectively and gain complete knowledge of Islam along with academic excellence. He said that character building will help them face all the challenges.